Yesterday I read 2 dads blog about their daughters.  @MrWejr said his world changed a year ago. @damonayoung used Nietzsche’s view of happiness to frame his view of his 3-yr old (yes, Damon is a philosopher so that’s not so surprising.  What surprised me personally is that I never would have used Nietzsche on the same line as happiness…which is why I’m not a philosopher).  The love both dads have for their daughters are apparent, though expressed differently.

Beyond this articulated love, what also struck me was that both said they’ve learned from their kids. Isn’t that awesome?  Parenting is a 2-way learning street.  I am happy for both dads as well as their daughters – they are loved!

I have 2 daughters and, for the first time and with much mulling over, I will introduce them with names – not bub1 and bub2 or Ms14 and Ms10 but as Vanessa and Megan.  That’s who they are and I love them.  I’m blessed to have them both and I’m very proud of them.

But this post isn’t just about expressing that love.

This is about hopes and dreams, shaped by what I have learned from them, so far. 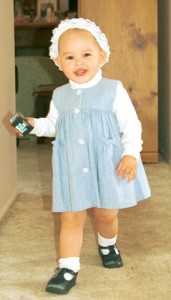 Like Damon’s daughter, Vanessa was born with an “intense, interrogative gaze”; pensive even.  She was very good with words  and articulating her thoughts in a relatively clear way.  We thought she would ace English as a subject….she finally got her first A in English in year 9.  For years, she didn’t think she’s  particularly good with words really.  So what happened?

I don’t know how it is that she has literally found her voice on stage instead – singing and dancing.  Perhaps it was her kindy teacher who picked her as the kindy soloist in the school Christmas concert.  Perhaps it was her stint in the musical Annie playing Pepper (now the story behind that is a tale in itself).  Perhaps it’s her growth to stardom in the Scouts Gang Show.  Perhaps its her Year 8 Music teacher who told her she’s good and encouraged her to become part of the choir, take up singing lessons and study Music as an elective. Perhaps it’s all that and more.

Vanessa is not the best singer or dancer but she has stage presence.  I am biased, yes; that’s a parent’s prerogative.  However, many have told us – strangers in the audience really – who have validated such bias.

We thought she would love to pursue a career on stage but really, Vanessa wants to be a primary school teacher.  She dreams of building a school in *insert a 3rd world country* and for her school to spread widely so all kids can be educated.  Oh, she indicated she intends to sing to her students. 🙂 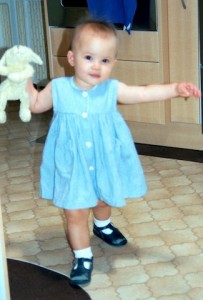 Megan was a happy baby.  She hardly cried and settled easily.  She loved playing with and in boxes. She loved to draw.  If words escaped her – often – she would tell her story while drawing.   She was also shy.

Coming 4 1/2 years behind her big sister, she was exposed to the same things. Dance. Netball. School band. Her teachers have been known to call her Vanessa. (Truth is, though they looked alike as babies, they don’t really past the age of 3). Anyway…

We tell her she’s good at art and we’ve got tons of her artwork.  Her teachers tell her she’s good at drawing; someone even told her, I’m lucky to have known you before you’re famous and that’s when Megan was in year 1!  Her year 4 teacher now believed in her and challenged her to work and think harder than she’s ever had; Megan loves to cruise.

She’s given up dance in lieu of Tae-Kwon-Do. She’s also given up band which I’m a lot less happy about.  What she did pick up is #massivelyminecraft.  She’s a gamer! Who knew? Here she can build in digital boxes and tell her story as a 3D drawing, so-to-speak.  She is learning to ask for help because it’s a good way to learn (“if you don’t learn, you die”).  She is always keen to help.  She is showing some ambition (she wants to be a mod).  She is better at Skype than me.  She can tell us stories after stories about her adventures without having to draw it for us.  She has friends and mentors there.  It is her world and in there she is well and truly herself.   Megan is less shy now.  For this, I thank @vormamim and @jokay; they’re vision, dedication and skill are inspirational.

Meagn is only 10 and a little young to consider career choices.  At the moment, she is saying she wants to be an architect (yep, building!).

A note to parents

Many parents will say that all they want for their kids is to be happy.  I used to say that, too.  I’ve changed that now to …. all I want for my kids is to find their voice and be confident enough to express it.   “Happy” is vague. “Find and use your voice” is concrete; it’s practical and achievable.  It leads to happiness, in my opinion.   My kids are on the their way.  I am happy about that.

We expose our kids to many experiences in the hope that one of those will spark an interest, a burgeoning passion, a platform for self-expression.   Let’s not get caught up in the busy-ness of all that ferrying from one activity to the next. Let’s pay attention to what is really happening and give things a chance to grow and blossom.

Help kids find and use their voices. Listen.

A note to teachers

Never underestimate your (our) influence on children.  Really see them – where they’re at and where they want to be.   Know that most parents have hopes and dreams for their kids (quite likely to be happy, but you know  better now right?).  Know that some kids don’t have such parents.

Kids may look alike (there is a reason I used the photos I did), but they are not.  Kids are individuals.   It’s not about ‘being special’. It’s about holding one’s own – an individual in a sea of commonality.

Give kids a voice. Listen.

To my kids’ inspirational teachers….THANK YOU!

17 thoughts on “Of hopes and dreams”