A few months ago, I told the story of Tania, a girl I met as a parent volunteer for the Literacy program at my daughter’s high school.  For a maths teacher, I place a seemingly unusual high importance on literacy and know that for some, numeracy problems stem from literacy issues.

Today I met James (not his real name), a boy in year 7.  I’ll see him once a week for just under an hour and hopefully help improve his literacy.  The set program involves going through spelling words, a bit of drill on mistakes and then on to reading (aloud) and comprehension.

James obviously struggled, particularly with the words ‘again’ and ‘another’.  He had a few goes and finally got ‘another’ right.  I gave him the correct spelling for ‘again’ which he eventually verbalised as ‘a – gain’ with the long a in gain, as if to make a mental note of how it should be written.  James struggled to string words into sentences; his perseverance was truly awesome.  This was when we got on to ‘another piece of cake’ and he stumbled on ‘piece’.  I suggested ‘piece of pie’ and his face lit up and he said, “oh, that’s a good way of remembering it.”  Little did he realise that he thought up ‘a-gain’ all by himself!

Like Tania, James is lacking but keen to learn literacy strategies and skills.  So, I thought I’d compile a list of spelling tips (Google doc), at least, and share it with him and perhaps the other kids in the program.

I’m not a literacy specialist so I’m hoping my PLN can help either by leaving a tip as a comment below or adding on to the Google doc of spelling tips.  Links to resources would be good, too, though I really have to follow the set program as a volunteer.

Tips for teaching literacy improvement are welcome too, of course!

One could argue, I suppose, that technology can help with auto-correct thereby minimising the importance of learning to spell correctly.  I am not in a position to argue either way though biased towards correct spelling.  Anyway, all I want to do is to support the program and help James. If you can help in any way, it would be much appreciated. 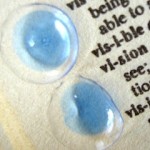 A year 12 student approached me today for help on sound editing as part of her HSC major work for Visual Arts.  As usual, I started off with my question, “What do you want to do?”

As it turned out, Claire (not her real name) was creating a multi-media piece. She described how she wanted to layer audio tracks, edit those, add effects, etc. The point was to make multiple speaking tracks sound like noise (This is a digression but if you want to learn how amazing our brain actually works to split out concurrent sounds so we can focus on say someone talking while traffic goes past and music blares, watch this video).

I suggested Audacity.  I explained that this tool allowed her to import tracks, edit those separately and merge to make one joint sound.  And she goes, “like Photoshop for images”.  This is connectivist learning in action. By the time I got to saying you have to save the project file while working on it and then do a final export, she had already made that connection.

But that’s just the technical and pedagogical part of this story.  Here’s the human side.

I asked to see the video part of her work.  She showed me a series of Flash videos of basically moving text on different coloured backgrounds.  We went through pink, yellow and finally blue and green.   When the blue and green panes merged, the text stood still and she said that these videos showed how she sees text.

I then asked, “do you have Irlen dyslexia?”  She was rather surprised that I even knew of it before admitting yes.

I went on to say that I had a student once in my maths strugglers class who had it and how I had to create special paper copies for her, especially of quizzes and tests.  After a few months, it became clear that this kid was not a struggler in maths at all and I was able to recommend for her to move up and that’s where she stayed.

Claire appreciated that story and she said, “people think we’re dumb or stupid but we’re not really. It’s just really hard when reading is such a struggle.” She went on to say that she wants to raise awareness of her condition which is why her major work is on it.  Already, her peers are appreciating what she’s doing and the struggle she’s been through and still going through.

I had tons of questions and Claire happily answered them.

I found out that when she first got the right pair of coloured lenses in year 6, she literally jerked back.  When asked whether the colours were making the letters jump she replied, “No, they’re standing still”.  She said that was the first time ever that words did not literally jump at her.  She talked about struggling with letter recognition because a still “t” just did not look like the squiggly “t” she’s grown to know, for example.

She also explained that it’s not so much a problem with text as with contrast.  The higher the contrast, the bigger the struggle.  This was why black text on white paper was the worst possible combination for those with Irlen dyslexia.  Coloured paper and lenses help reduce the contrast and therefore keep the text still enough to be read.  For computers, she uses a screen guard.  She also talked about some of her own strategies to compensate such as developing something on coloured background and transposing on white ready for submission or sharing.

By then, I felt bold enough to ask “And you chose Visual Arts?” (Being a frustrated artist, I know the challenge a blank canvas brings) What bigger contrast is there than the first stroke on a blank canvas? You know what she said?

“I love colours so I just persevere until I get beyond those first strokes and get to apply the colours I like”.

I can tell you, I learned more in this encounter than this kid did….and she came to me for help!  She left extremely grateful for my help, nonetheless, and I think it was more than just Audacity.

Thank you Claire. Good luck with your major work.

Be proud of your journey.

Claire was really happy to see this post and even more when I mentioned she has touched many more (this is one of my most popular posts).

With her permission, I’m embedding here the video mentioned above (sorry for the big logo overlay as it’s all I could do to convert her Flash swf to a movie – had to convert for technical reasons).

This video is only part of her Visual Arts work. If you look closely, there are some of her other pieces included in the movie – the colourful artworks and the text that looks like barcodes.  Currently, her colour is blue-green, i.e. the colour she sees clearly with.

DyslexiaArt from Malyn Mawby on Vimeo.

Here is another story of how art is used for self-expression and ultimately social connection.  Read about Steve by Tomaz Lasic.

My year 8 class started a unit on Reasoning in Geometry today. Still going along the theme of teaching big-picture style as I did with Equations, I introduced this topic with a lesson inspired by @ddmeyer’s “How we talk about shapes” and @edteck’s (Peter Pappas) “Basic Communications exercise”.

The premise is this….

Anyway, rather than just state my premise, I went through the activities outlined in the linked blog posts above. The activities certainly made it clear to the students why we name shapes (in the way we do) and how literacy in words and symbols facilitate communication.

This places a big emphasis on literacy in Mathematics but that’s because I think Maths is a language in itself, a man-made tool to help people make sense of – and manipulate – our world. To further emphasise literacy, I also defined Geometry, listed terms we will use as well as discussed properties of shapes and why it makes sense to call a triangle a triangle, etc.

The very nature of the activities engaged the students and a quarter into the lesson, some even said “I’m really enjoying this lesson” or later yet, “I feel I’m really learning” (they do usually learn something but awareness/articulation of learning takes it up a notch). Throughout the lesson, they  also saw how their learning – over time – is valuable to build on; such is the spiral nature of maths education.

To make sure the lesson flowed as planned, I created a powerpoint.  It’s good to go for anyone who wish to use it but you really must read first the posts by Dan Meyer and Peter Pappas to see where I’m coming from.

Am I wrong to emphasise  literacy in maths?