At PLSM back in August I pledged to run a PBL unit getting my computing students to write video games and publish to a public audience. This may not seem like a lot to you but it was for me.

I’ve never written a video game before, let alone teach and inspire students to do so, using a programming language I’ve never really used before. My students have only just learned how to code – in Python – so, a different language (syntax, UI, etc).

While I’ve run PBL before, I’ve never had a public audience. I honestly didn’t think it was necessary until challenged at PLSM. And yet when I launched this PBL with my students, I told them they would have an audience beyond me, beyond the classroom,and possibly beyond the school.

My students took on to the task well enough BUT they did not take the public audience bit that seriously…..which, of course, challenged me even more! and made me more nervous as well. This PBL was running mostly AFTER formal assessments were done so I was also worried about the motivation factor as their efforts would not go towards grades or report comments.

The original plan was to have this Game On event with the public audience being the target audience of the game, i.e. our junior school (K-6 students).  But as end-of-year schedules typically are, it was difficult to find time to schedule the event, let alone synchronise with junior school as well. I’ve yet to share this with our junior school.

And, to complicate matters, we decided to use the event to launch the idea of a computing club ready for next year. The good thing about that was the opportunity to collaborate with @townesy77.

What I really wanted from a Game On event can be summed up thus: give my students a public audience, raise the profile of gaming, raise more interest in computing (why just play games when you can make them, right?), outsource feedback and give purpose to learning (software programming and concepts). Lofty aims needed a big event!

yada yada yada….let me just tell you a few of my strategies (which fortunately worked):

The Game On event today was amazing! My room looked amazing. The prizes looked desirable. The ‘sponsored by Google’ thing provided more gravitas. Many came and participated on the 2 main activities: playing Game On and Xbox. All up, I got over 60 entries to the feedback draw with contributions from all year groups! Ditto with Xbox participation. This is awesome stuff considering there were other events happening at the same time!

I’m knackered but my heart is full 🙂

Thank you to Bianca and Lee for staging PLSM and challenging me. Thank you to@townesy77 for being my mockingjay (Katniss). Thank you to Google Australia for sponsoring my event (special mention to Sally for giving me another Oprah moment) and Chris for opening my eyes (and my students) to the wonders of open source software. Thank you to Jeannette for getting her students to visit the arcade. Thank you to all the participants in the Game On event.

Most especially, thank you to my IST students for delivering! There wouldn’t have been a Game On event if there were no games at all.

Now for some pics: 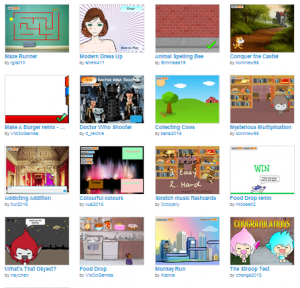 Game On arcade – come and play 🙂 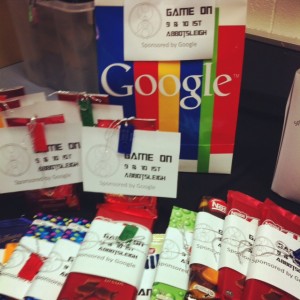 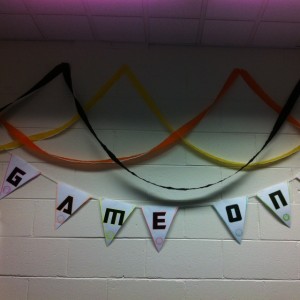 one of the banners. can you see the letters in Gallifreyan? hmm, maybe not – but it certainly attracted the Whovians! 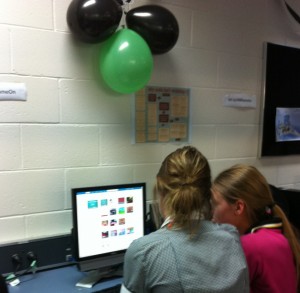 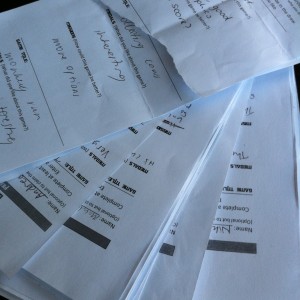 so many feedback sheets! yay!